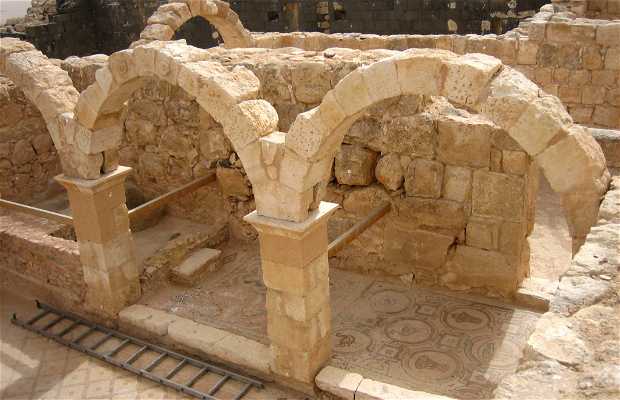 Built in the 2nd century

Located northeast of Amman, Qasr Al-Hallabat is part of the desert castles route. Built in the 2nd century by the Roman Emperor Caracalla to protect the region from Bedouin tribes, it's a fortress over the Via Traiana Nova, linking Damascus and Aqaba via Petra and Amman. It is square-shaped and built against black basalt and sandstone, with a tower at each corner. The door of the castle is a definite highlight since it's made out of a solid slab of granite. There are also some reliefs carved into the stone, and a kind of improvised museum has been installed in one of the rooms of the castle. There are, however, some areas that can not be visited due to danger of collapse.