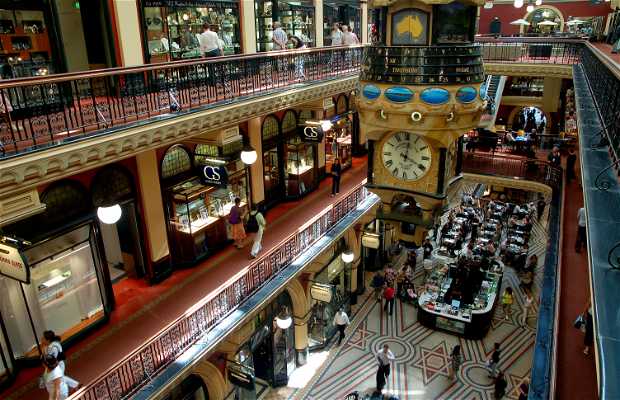 A Sydney Must See

The Queen Victoria Building is one of the most charismatic buildings in Sydney. Its construction began in the late 19th century and it certainly is a beautiful shopping centre, with a touch of classical "European" style which is not easily seen in Sydney. Bridging the gap, it is arguably a bit like the Harrods of Sydney. Apparently its construction began during a time of economic recession and the city intended to use for the construction the largest possible amount of local artisans, ve were unemployed at the time. Thus, they conceived a building that lacks ornamental detail. The truth is you'll quickly explore the mall and discover its many details.