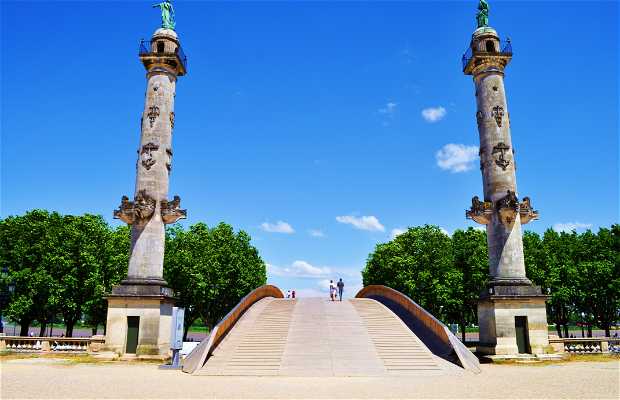 Quinconces Square is in the center of Bordeaux, it´s a nineteenth-century square which was built on the grounds of Château Trompette. Vauban was a fortification that didn´t served as much more, and King Louis XVIII donated it to the city. From 1817 onwards, Similar facades were constructed, forming a semi circle, and defining the place naturally. The plans were made by Dufart, with six groups of classical buildings on each side of the square, each consisting of three floors and an arched base. It is one of the largest squares in the city. As there are 12 hectares in the center, it can be used as the site of many events throughout the year.