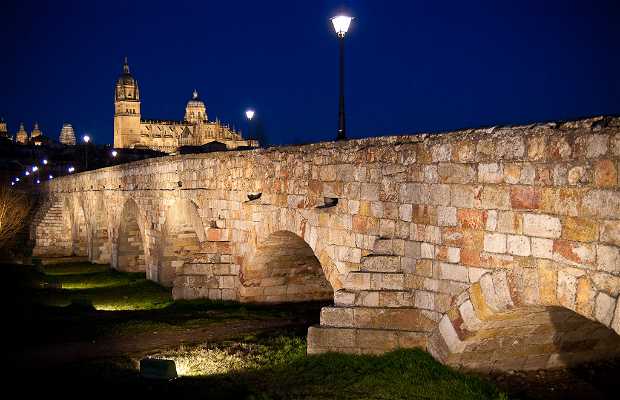 It is nice to go around

The Roman bridge of Salmantica, which was the name for Salamanca during the period of Roman rule, is built on the River Tormes.

No one knows exactly when it was built. There was talk of it during the time of Augustus and Trajan, that last had been the developer of the Vía de la Plata (Silver road), which was mined in the region, and surely repaired the bridge for their business purposes. It is estimated that it was built more or less in the first century, without giving an exact date.

The first 15 arches of the bridge are original; the rest is a reconstruction as it was destroyed during invasions and wars. The original part is about 190 meters long, with the arches which are 6.50 meters each. It has 26 arches in total.

Near to an amazing park, clean and perfect for relaxing.