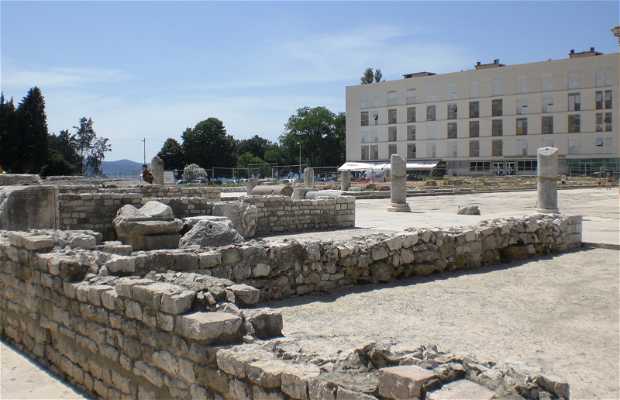 Roman Forum in the center of Zadar

The Roman Forum is in the center of the city of Zadar. It was constructed between the 1st and the 3rd century AD, and dedicated to the emperor Augustus, to mark territory in the area. The forum includes a temple of Jupiter, and Minerva, and you can see the officers' quarters, which were constructed on underground shops and businesses. The forum is the biggest east of the Adriatic coast. But most of the stones were used to construct the walls and forts of the city, and the churches of San Donato and Santa Maria were constructed. It was a lovely city, with marble floors, big columns, and still out of town you can see what remains of the aqueduct that brought water to the city.