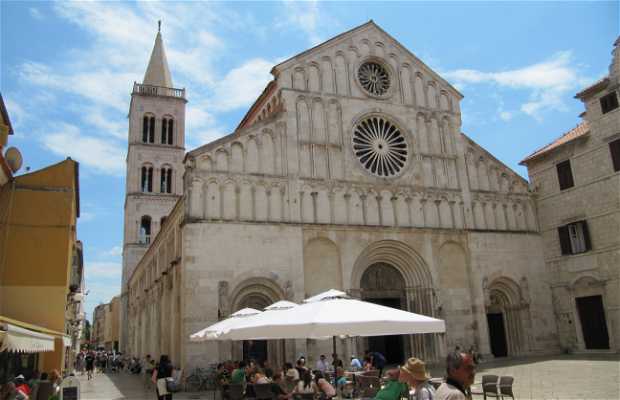 Replaced in the 12th century to a Christian basilica with 3 naves. The facade is the highlight . It was erected in the 13th century with Tuscan influence. Inside, the width of the ship is amazing. It has 3 naves divided by pillars on which rest the arcades. It has 2 magnificent rosettes, the highest and lowest Romanesque and Gothic top. The choir stalls are decorated in typical flamboyant style of the early 15th century. It also highlights the dome and the first Christian mosaic.