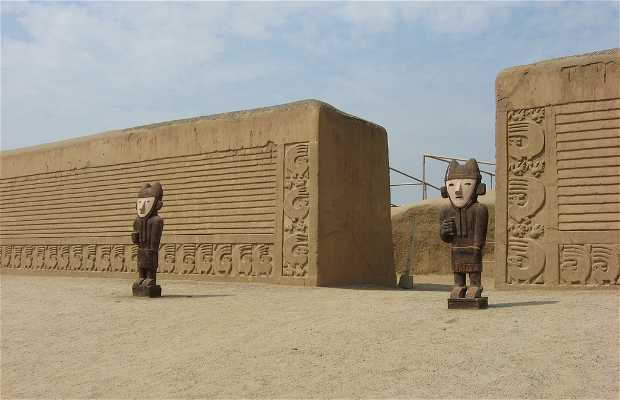 Chan Chan (the name means Sun Sun), and I´m not surprised, because the day I visited there was an excruciating heat. It is the biggest adobe in Latin America and the second in the world, constructed by the Chimu 5km from Trujillo. It was named a World Heritage Site by UNESCO in the year 1986 and the city is formed by 9 walled cities or small towns. The whole kingdom was the capital of the Chimu culture Chimor and is an amazing place to visit .

The Chan Chan Archaeological Zone, is on the north coast of Peru and is internationally recognized as the largest mud city from the pre-Hispanic period. In the Yunga language, Chan Chan means sol sol. It was the religious capital of Senorio Chimu in 700-1400 AD. Chan Chan is in the Moche River valley, in a region called Department of Liberty (Departamento de la Libertad). It has an area of ​​approximately 20 km square and is believed to have been inhabited by about 100,000 people. Visiting it has a great impact on you - it is a place worth visiting. UNESCO declared it a Heritage site in 1986.

largest adobe city in the world

It's an impressive citadel and considered the largest adobe city in the world. Of all the towns, it's the only one that has been rebuilt and enhanced. The number of corridors and mazes are interesting, as well as the two interior spaces and the courtroom.