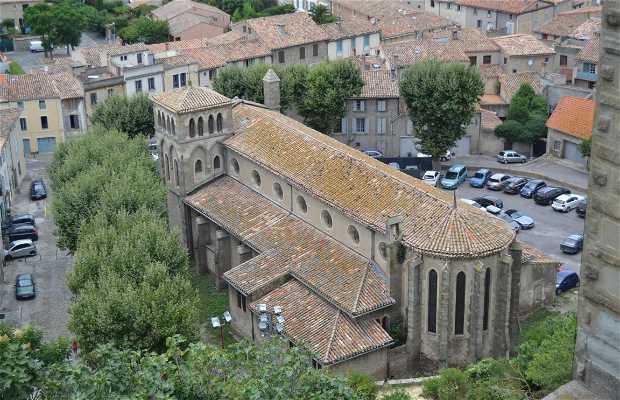 46 photos of Basilica of St. Nazaire and St. Celse

17 reviews of Basilica of St. Nazaire and St. Celse

The Cathedral of Saint-Nazaire and Saint-Celsus was first mentioned in 925 and was blessed by Pope Urban II in 1096. It was built in Romanesque style between 1269 and 1230. A Gothic style cross, which expanded the size of the previous building, and made it the widest in southern France. In 1801, it lost its status as cathedral when it was replaced by the Church of Saint-Michel, at its hem. It was designated a minor Basilica by Pope Leo XIII in 1898 and rebuilt by Viollet le Duc. Among the architectural designs and more interesting objects to see, there is the 12th century Romanesque portal, its nave and Roman vaults from the 11th and 12th centuries.

The Church of Saint Gimer is in Carcassonne, France on rua Barbacane at the foot of La Cité. It is known that the city has overshadowed us with their Cité and this corner is less known and more modest, no longer of interest. Constructed by architect Viollet-le-Duc . The custom was constructed by Bouillerie Lord in the mid-19 century, though it seems like you are back in another era and it reminds us of a fortress with touches of Gothic and Romanesque styles. Viollet-le-Duc tried to do a church proportioned and simple, functional and innovative as far as architecture is concerned (The pillars with square stems and killed edges that separate the nave from the aisles are his own invention).

Lists and places related to Basilica of St. Nazaire and St. Celse

Information about Basilica of St. Nazaire and St. Celse