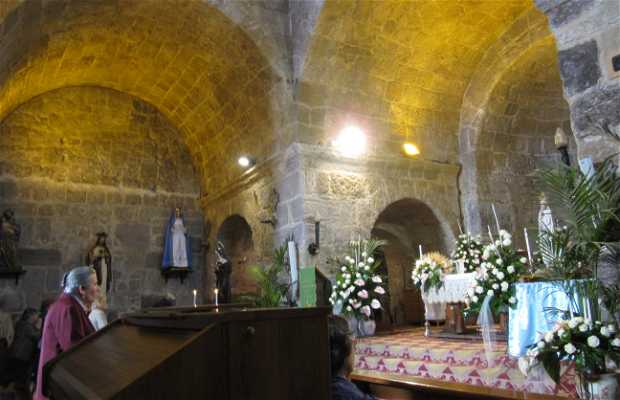 It is built on top of both a Christian cemetery and a church from the Byzantine period, and has undergone various transformations due to renovations. It is a rectangular church and it is contructed with 3 arches, transept and chancel with apse is covered with a barrel vault with dome on the cruise. In 1089 the judge instructed the monks to restore it and to build the access between the church and the ancient catacombs and the entrance to these built the crypt and altar. In the seventeenth century after finding the relics of the saint, an arcade was added. The baroque facade was built in the 18th century.