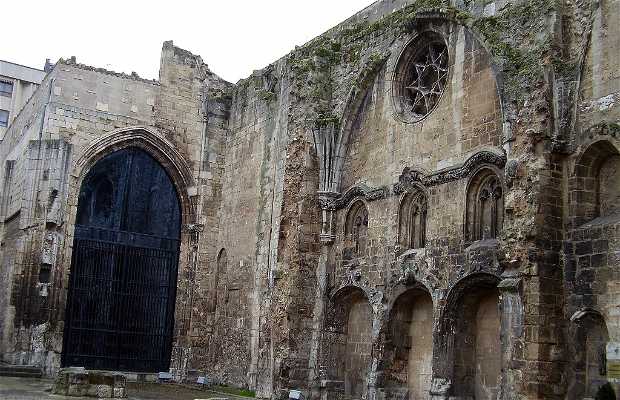 The ruins of this 11th century monastery, rebuilt in later times, were declared a historical monument in 1944. It was a pilgrim hospital, and belonged to the Benedictine order. Fragments are preserved from a 15th century church and chapter house of the XVI. Renaissance cloister, with a museum displaying the works of painter Burgos Marceliano Santamaria. It is located opposite the Church of San Lesmes. In the Plaza de San Juan there is also a statue in honor of the founder of the city, Diego Porcelos.