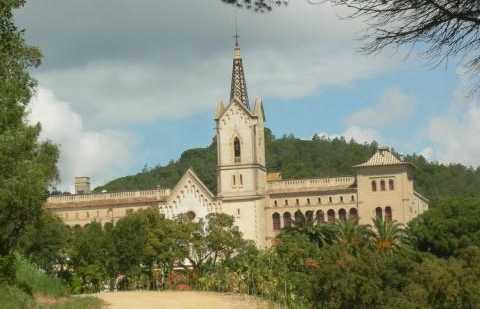 The Sanctuary of Sant Pere del Bosc is near Lloret, in acres of trees and passed by several trekking routes suggested on the tourism website of the city council. You can only see the outside. To access the inside (in the afternoon), you can have dinner at the restaurant on the site. Every year since 1703, in the atrium of the church festivals are held in May. The small chapel Mare de Deu de Gràcia was restored in the eighteenth century and has baroque features. It was occupied by the Benedictines in the seventeenth century until the fire of 1694, which forced their eviction. Following this, the