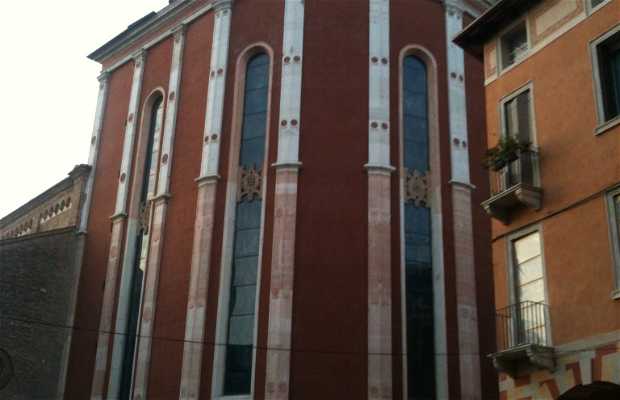 Vicenza Cathedral is dedicated to Santa Maria Annunziata and dates back to the thirteenth century, but it seems that it was constructed on the remains of a fifth century basilica. The facade was built in 1467, in light marble with pink ornmaments. The vault is believed to have been designed by Andrea Palladio in 1566. The vast interior has a single nave divided into five sections with vaulted ceilings, and the whole interior is full of paintings, stucco and altars sculpted by the great local artists of the Renaissance.