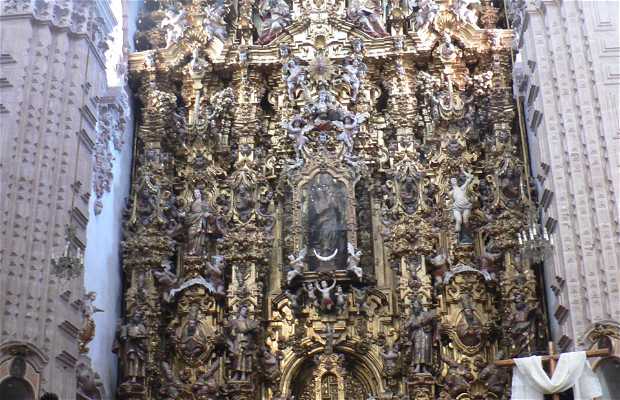 It turns out that the son of Don Jose de la Borda, Don Manuel became a priest, as was tradition in good families from Mexico and Spain. His father, who was Catholic and adored his firstborn, did not want him to disappear from sight, so he decided build him a church so fabulous that he would not leave his side. So began the construction of the church which originally was not going to be dedicated to Santa Prisca, but it seems that this saint is very capricious, so he showed up on a stormy night and held his hands that threatened to destroy what took advance of the temple. Of course, with this he