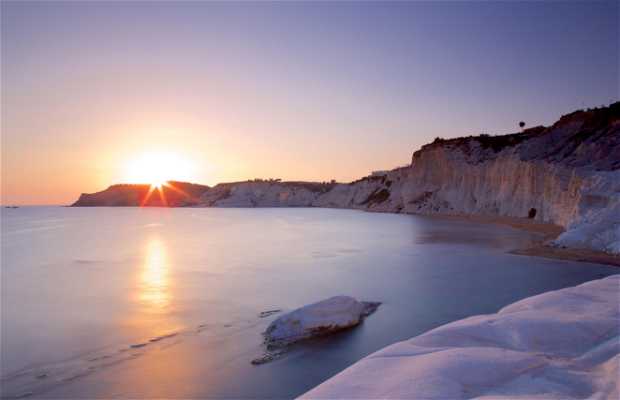 A beautiful site to see

The "Scala dei Turchi" or "Stairway of the Turks" in English, is a very beautiful and extensive rocky cliff overlooking the sea, which is located in REALMONTE, which is eighteen kilometers away from Agrigento in Sicily. What makes this cliff so beautiful is undoubtedly its color, as it is made of a stone called Marga, which is a completely pure white sedimentary limestone, where the wind and rain through the centuries have worn away at its extensive steps.

They say that the name comes from the ancient Saracen pirate raids and Arabs (generalizing: Turks) that protected their wind-powered boats amid these cliffs.

You can't miss it

The cliffs rising out of gorgeous, white-sand beaches are only accessible using the white stairwell carved into the rock. It is, without a doubt, a very evocative and beautiful place which surprised me even before I arrived. The sea is incredible transparent and looks even better next to the shining white steps descending into the sea. You can't miss it.