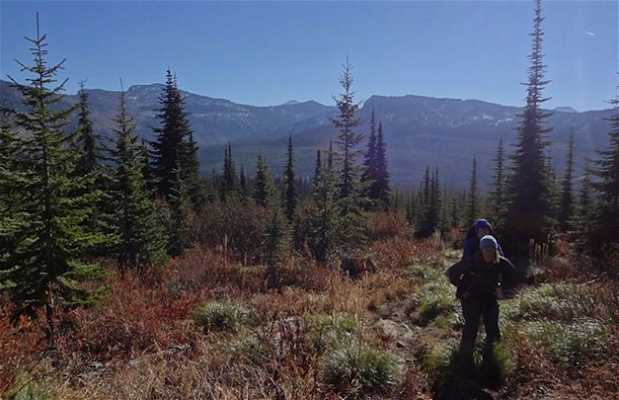 Fun to say, easy to hike.

Skookum Butte is fun enough just to say – it’s pronounced “Skoo-come” – but it’s also pretty fun to visit, too, and there’s a nice surprise at the top. Butte occupies high ground along the Montana-Idaho line roughly due east of Lolo Pass; you get to it from the Elk Meadows Road off U.S. 12. The trail to the summit is just more than 1 mile long, but it rises about 1,000 feet and in places is steep. As the trail levels out at the summit you see the surprise – an old fire lookout which looks over an impressive array of peaks stretching south. Built in 1928, the lookout has not been regularly staffed since the 1960s, but sees occasional volunteer maintenance.