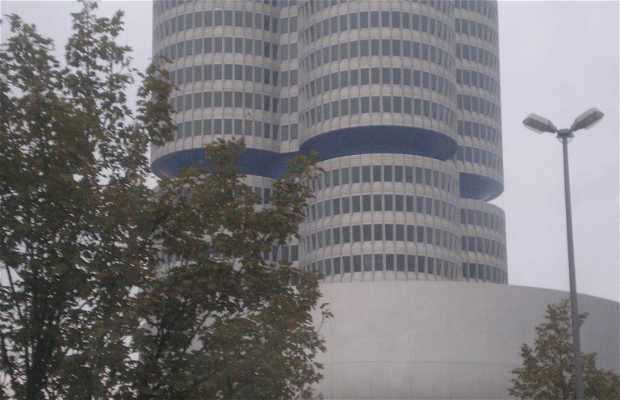 BMW raised this huge skyscraper to house commercial offices in 1973. Devised by K.Schwanzer, it simulates a huge four-cylinder engine. The story is this: After the First World War, Germany was prohibited to manufacture aircraft engines, so started making railway brakes. During the Second World War, BMW vehicles were supplied to the army and, after the defeat, all three German factories and facilities in Munich were destroyed. But during its reconstruction of 1973, BMW has become a pioneer in the automotive industry through the application of modern technology to their vehicles. Nearby is the BMW museum, housing legendary models from the past to the future.

This magnificent museum of the famous automotive brand offers an extensive trip through history, showing their old products as well as the future trends their vehicles will follow. It also highlights the sporting success achieved by BMW cars, advertisements, and their signature engines. Recent renovations have increased the display area which has given the museum a new life and made it more attractive.