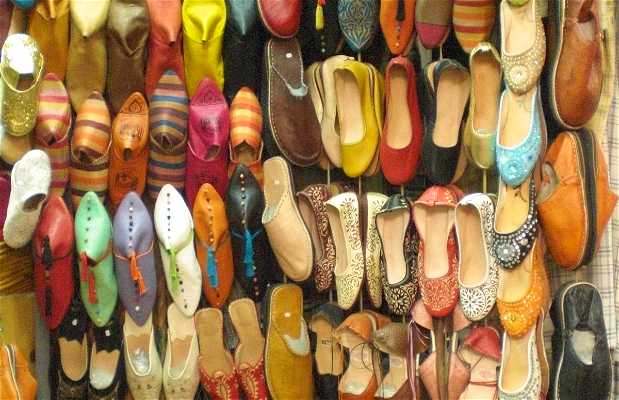 The Foudouq Ouarzazi Souk is one of the most popular souks in the medina of Marrakech. It is located next to the Bab Fteuh. It is a foundouk, a former hotel for desert caravans, with a particular construction. The rooms are organized around a courtyard, on the top floor of the hotel. Downstairs is where the animals, horses, and camels were once kept. The old building still stands, but it has been converted into tourist shops selling clothes, shoes and souvenirs. You'll have to bargain hard - in general, they start by offering a price that's three times higher than the real value.