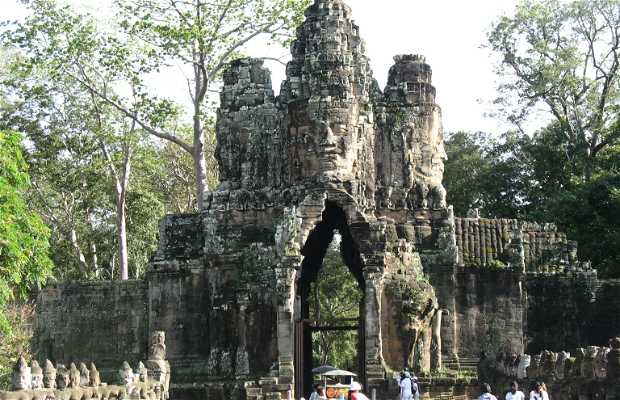 The Bayon temple is in the center of...

The Bayon temple is in the center of Angkor Thom. The King Jayavarman VII had it built during the XII and XIII centuries. More than 200 faces are carved in 54 towers. The large number 54 represents the 54 provinces of Cambodia that existed in those days. Some say the four sides of the towers represent Bodhisattva Avalokiteshvara (future Buddha). But in general it's believed that the four sides of each tower are images of King Jayavarman VII and signifies the omnipresence of the king. Angkor Thom, or the big city was the capital. It's the ideal place to stop and think, to see and listen. There the pyramid shaped temple, Bayon, rose in the center as the temple of the state, and representation of Meru, the mountain of the gods and center of the universe.