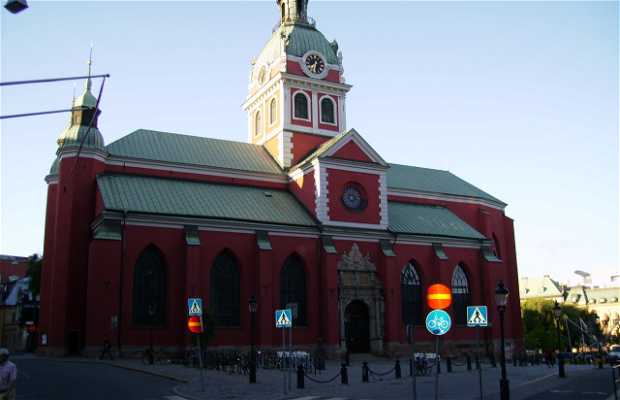 In Jakobs Torg square Saint Jacob's Church stands out because of its intense red walls. It was constructed around the 17th century in honor of the apostle James, and it's in the late gothic syle.
This square is full of beautiful buildings, une of them was a private palace and the story goes that its owner, Jacob of Gardie, went to admire his mansion, calling it the most beautiful in the city. He awakened the wrath of God beause of his lack of humility, and he condemned him to be blind. Jacob accepted his fate and in doing so he donated money to beautify a neighboring church. With this donation