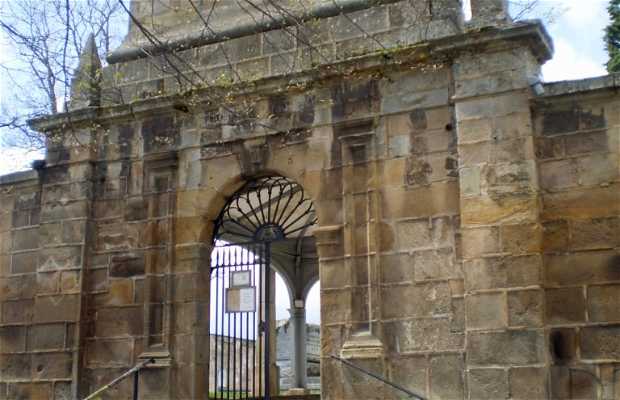 St. Stephen's Cemetery was built in 1833 on the outskirts of the city, next to the Convent of San Francisco, when burying the dead inside of churches was banned. It's a neoclassical style area, delimited by a wall of high-rise masonry opening a cover formed by a semicircular arch topped by a pediment with an inscription and the image of a winged angel. The interior layout was created around a large square that's surrounded by galleries with a central chapel. Previously this was the same place as the Church of St. Stephen, which gave its name to the cemetery, but it was destroyed in 1808 by French troops.