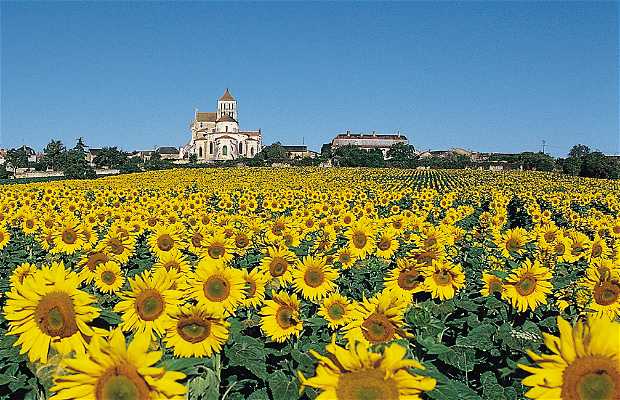 A vast field of sunflowers come to the foot of the Church of St-Jouin-de-Marnes. Meanwhile yellow, appears in the distance as the silhouette cast from this ancient temple XI and XII century cut into the landcape. Its style is unmistakable. The sobriety of its facade is the hallmark of the Romanesque style shown in Poitiers. Their pineapple-shaped domes. Its facade with Corinthian columns and a triangular pediment at a glance are unmistakable. The exterior of the building scaling has been given a personal touch. Like that which is characteristized by many of the monuments of Poitou-Charentes. Just think of how all the laborious work that went into it.