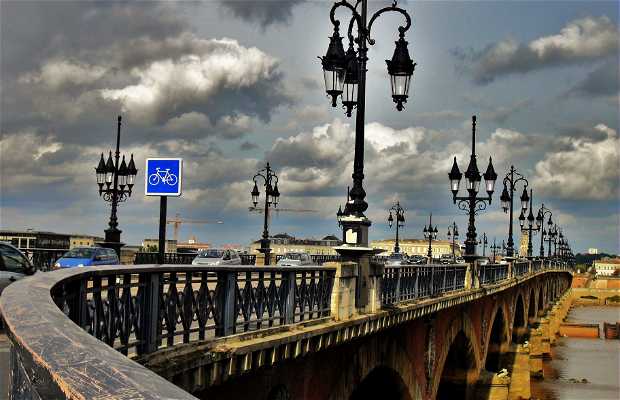 This stone bridge was built by Napoleon around 1830. It links the left bank of Bordeaux with the Bastide neighborhood, and it´s an historical monument of the city. During its construction, there were many problems because of the strong current of the river Garonne in this area. It is thanks to a diving bell that the could stabilizing pillars could be carried out and stabilized. The copper bell was placed at the bottom of the river and allowed a person to breath under water for 30 minutes. The bridge has 17 arches, which are exactly the number of letters that are in Napoleon Bonaparte´s name. On each side, there are representations of the emperor.