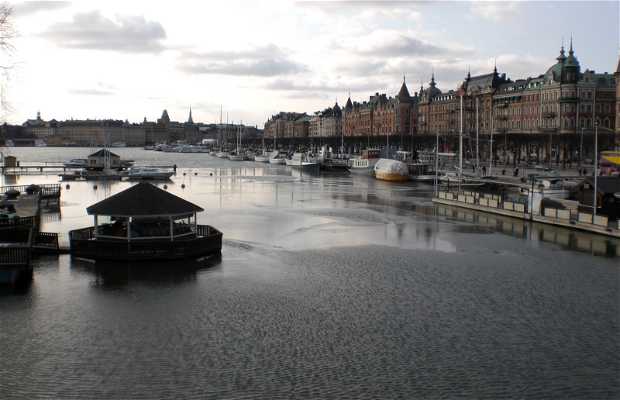 Strandvagen is an avenue of Östermalm in central Stockholm. It is close to Hamngatan Street. This is a cute street with eighteenth and nineteenth century Swedish burghers on one side, and on the other, the lake with its ships. There's a bike line and a pedestrian path by the water, as well as kiosks offering drinks and hot dogs. The idea of the boardwalk was first proposed in the mid-nineteenth century, and was finished fairly quickly, with a wide avenue planted with trees, and no tall buildings next to the water. In 1897, during the Stockholm World Exhibition, the walk was completed, and used to get to Djurgarden, where the fair was held.

Lists and places related to Strandvagen 1