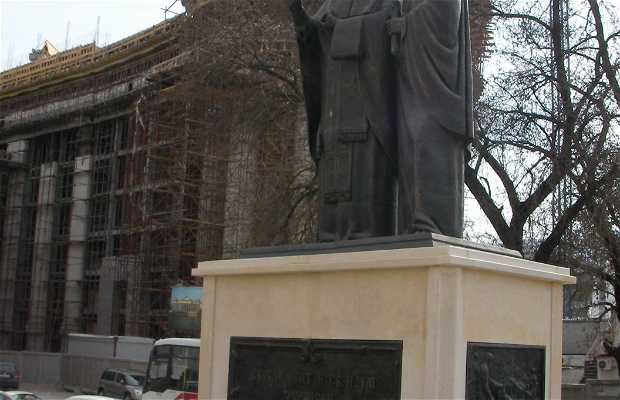 These two saints are situated on the Stone Bridge of Kamen Most. St. Naum of Preslav (Bulgarian: Свети Наум Преславски)(c. 830-23 December 910) He was a scholar, writer and teacher of medieval Bulgarian. Naum took part in their mission to Great Moravia and in 867 or 868 became a priest in Rome. Naum came to Pliska together with Clement of Ohrid. Naum continued the work of Clement in Ohrid Literary School. In 905 Naum on Lake Ohrid founded a monastery which later received his name. St. Clement of Ohrid (Bulgarian: Свети Охридски Климент, SVTI Ojridski Kliment) (c. 840-916) was a medieval Bulgarian