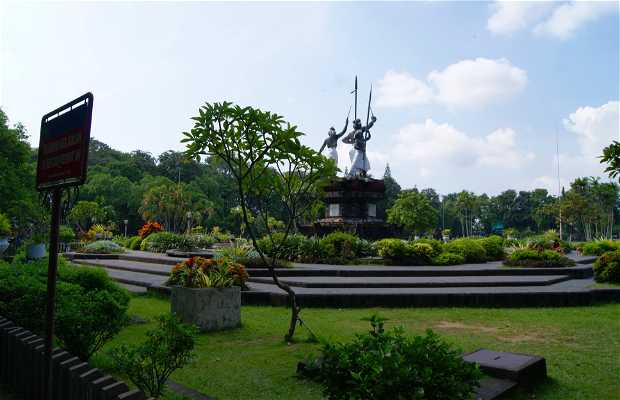 Many of Fame wine Denpasar "Puputan" struggled to the death against the Dutch in 1906, when thousands of Balinese warriors, dressed in their best clothes and armed only with traditional weapons, the kris (short dagger) and spears were launched against Dutch carbines lines. The wounded were finished off and the frantic women also sought death. Much of the nobility was annihilated. The incident is now remembered for the Puputan in the Plaza of the ancient Kingdom of Badung, where the killing occurred. The monument shows a father and two children with kris and spears of bamboo ready to fight, in the hope that the blood and honor them for eternity.