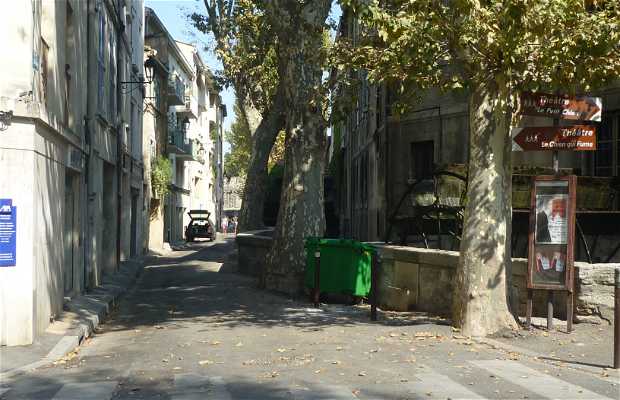 This is a nice old downtown street that was situated outside the twelfth century walls but which was integrated into the sixteenth century wall. Then disregard the name of a street hostel, the white horse. In the eighteenth century becomes street of dyers because it is next Sorgues River, used to dye clothes and leather work. It is an industry that for a time it expanded too fast to be prohibited by an agreement between the Pope and the King of France. But in the nineteenth century again very prosperous. In Avignon is also the street says the wheels wooden wheels placed on the river. Only four remain today of the 23 that were in the nineteenth century.