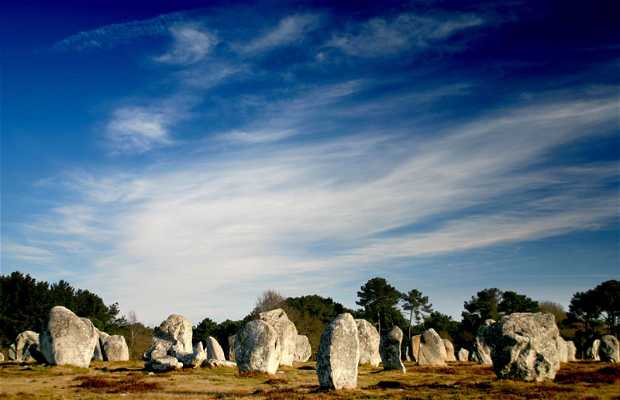 The legend saint of Cornély was pursued by soldiers of the Roman emperor, and then he turned around with the Cross of Christ and made each of this in a menhir. Actually we were dealing with more than four thousand rocks between menhirs and dolmens erected in the Neolithic period between 5,000 and 2,000 BC. For sedentary communities inhabiting the region dedicated to livestock and agriculture. The entire assembly is divided into three different alignments in close proximity between them. The first of these was in front and is now known as some alignments. The second is called Kermario alignment and it is possibly the best one to visit and to finish aligning the farthest Kerlescan.