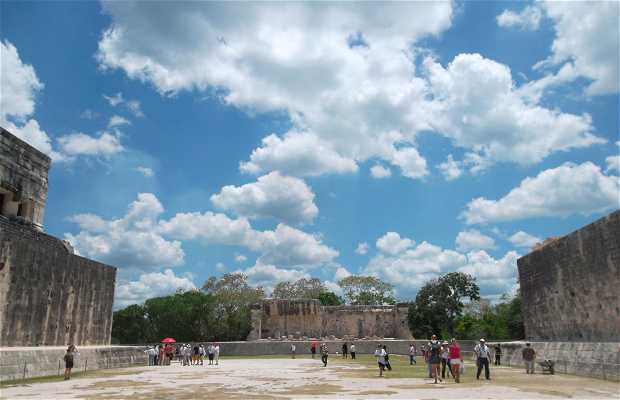 The Ball Game of the Maya Civilization

More than sport or entertainment, the ball game was practiced throughout Mesoamerica as a ritual. Two teams competed to put a large rubber ball through a stone ring set in the wall, on the side. It is said that the party who lost were ordered to death. Although there were probably many different versions of the game, it was always played in a field in the form of "I" . The fields were of variable size, but the oldest was aligned in a north-south and later from the east to the west. The losing team was sacrificed after the game, which was, in those times, an honorable way to die.

Lists and places related to Great Ballcourt at Chichen Itza