The Courtyards of Cordoba 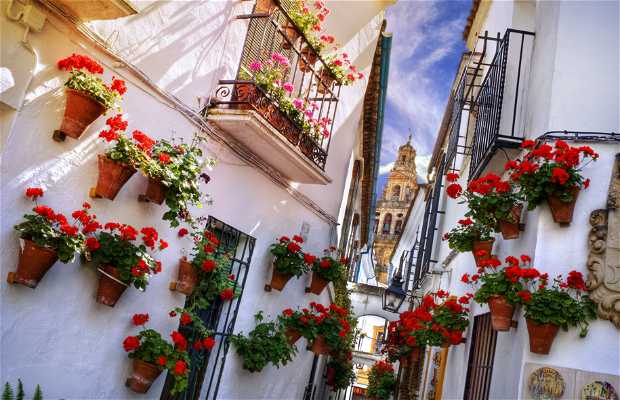 302 photos of The Courtyards of Cordoba

121 reviews of The Courtyards of Cordoba

The Courtyards of Cordoba is an annual festival which takes place in mid-May in the Andalusian city of Cordoba. During two weeks, the city’s residents open up their homes in a bid to out-do each other for the title of the city’s best courtyard gardener. Courtyards have always been a huge part of Andalusian design, from the days of the Romans to the Moors to the present, but these gardens take things to a whole new level.

Due to the increasing popularity of the festival among locals and visiting tourists, you need to reserve your passes online ahead of time (they’re free of charge). The competition is divided by neighborhoods and you can reserve morning or afternoon passes to as many of the neighborhoods as you like so long as there are openings and, of course, you have the time to visit them. The best courtyards are found in the Juderia (the old Jewish neighborhood) and the more traditional Alcazar Viejo neighborhood just to the southwest of the mosque. The gardens of the Juderia are the most famous but they’re also the most touristy and there’s a good chance that you’ll be swamped in long lines of tourist groups ve’ve traveled from around Spain and abroad just to see the festival. Your best bet is to get a morning pass and head to the Alcazar Viejo neighborhood first to enjoy at least some of the courtyards without all the crowds.

The Courtyards of Cordoba

During the 2nd and 3rd week of May, we visited the courtyards of Cordoba, a typical old city. The owners of these houses love them and they are open to the public to participate in this Festival. Each year awards are given to the best patios and so owners strive to have them well arranged. Entrance to the grounds is free but it is worth leaving a donation. Owners will always leave a little tray at the entrance.

Lists and places related to The Courtyards of Cordoba

Information about The Courtyards of Cordoba