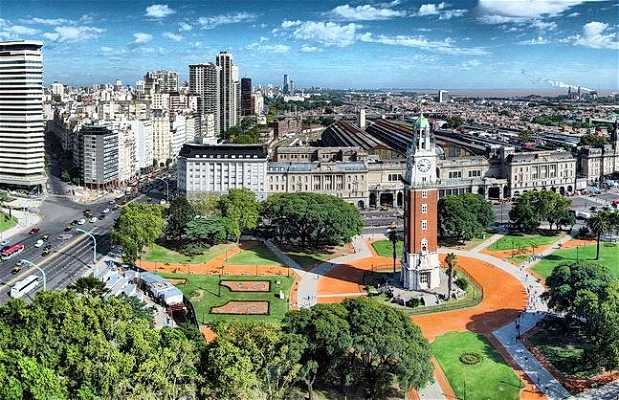 The Torre Monumental is one of those strange places that you'll find all over Buenos Aires. This 75-meter tower is conveniently situated in a neighborhood full of other historical monuments. In the early twentieth century the English residents in Buenos Aires decided to finance the construction of a tower to commemorate the May Revolution where Argentina won independence from the Spanish Crown.

The whole project was English from beginning to end: the architects, the construction company and even bricks and cement were brought from England. At the top of the 75-meter tower are the twin shields of Argentina and Britain, inaugurated in 1916.