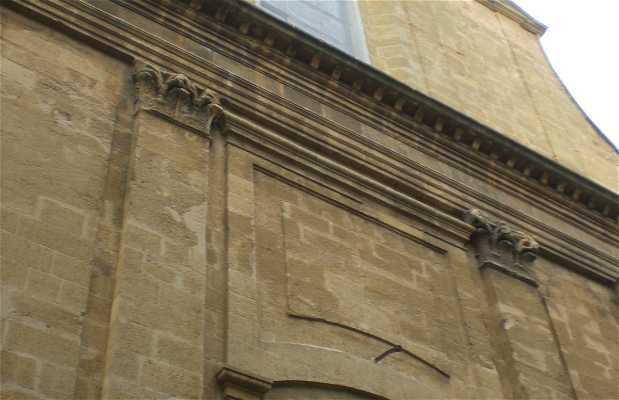 The Church of the Holy Spirit was built over a hospital for abandoned children in the eighteenth century. Constructed by the architect Vallon, it was baptized in the Holy Spirit in accordance with the Catholic reform era. The council of thirty, named several spiritual norms, found in the baroque style. This church is a good example, with its Corinthian facade and baroque interior. The main altar is by Chastel and is a true work of art. The church's painting of the Assumption is fifteenth century, sourced from the ancient palace of the Count. Jean Daret's The Pentecostal, is also of interest, him being an important artist of this region.