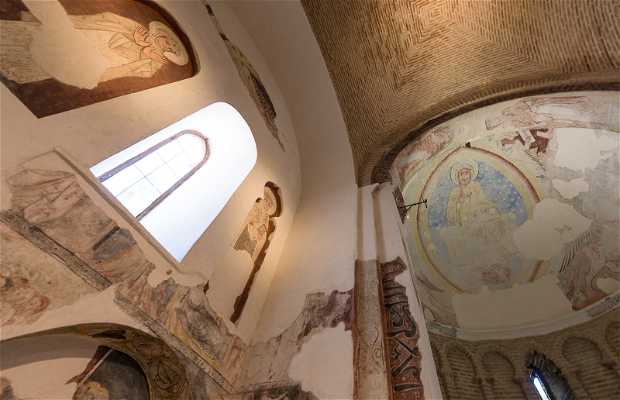 82 photos of The Mosque of Cristo de la Luz

14 reviews of The Mosque of Cristo de la Luz

The Mosque of Cristo de La Luz is one of the most interesting and famous Moorish monuments in Toledo, and the only Moorish mosque which still retains much of its original aspect. The mosque is located besides what was once one of the most important gates to the city (you can still see the original Roman road) and, despite its fame, was actually a small neighborhood mosque when it was built in the year 999 AD.

The mosque’s white-washed interior is filled with Moorish-style arches which support nine decorative domes, each one unique, and larger central cupola. The columns which support the arches were taken from earlier Visigoth structures. After Toledo was re-taken by the Christians, the mosque was converted into a Christian church, and an apse was added and decorated with beautiful though now-faded frescoes. These frescoes were perhaps my favorite part. They’re reminiscent of Byzantine-style paintings (a type of artwork I really love) and their location side by side with Arabic calligraphy is a pretty amazing mix.

A Place of Power

This valuable millennial building is a unique example of the survival of the art of Al-Andalus. It is a mosque or small oratory from the Caliphate area.

Its magical interior shows us the Christ Pantocrator in full majesty surrounded by tetramorphs, the four symbols of the Evangelists and, in the walls of the sides, holy figures.

If you observe closely, near the gothic wall of the 14th Century you can see the representation of some angels carrying the soul of a deceased in the form of a girl. Under the medieval apse there is another bigger apse that belonged to a monumental building integrated in the Roman Toletum or Visigoth.

A Mosque with a Legend

This Mosque Bib-al-Mardum, located in the ancient entrance to Toledo during Arab rule near the Puerta del Sol, but almost never included in the touristic itineraries, is found in the ancient San Nicolás neighborhood.

Its origins go back to the year 999 and it’s well preserved since the Muslim domination. It’s a small church with a squared floor and it celebrated mass for the first time on the 25th of May 1085 when the Christians conquered the city. Some years before the invasion, a Christ on the wall was walled in by the Christians to avoid profanation by the Muslims.

The legend says that Alfonso VI’s horse, who was accompanied by El Cid Campeador, knelt in front of the mosque and there was no way of lifting him up, this is why they decided to make a hole in the wall and there appeared the image of a crucified Christ next to an oil lamp that was still on even though 300 years had passed.

Information about The Mosque of Cristo de la Luz