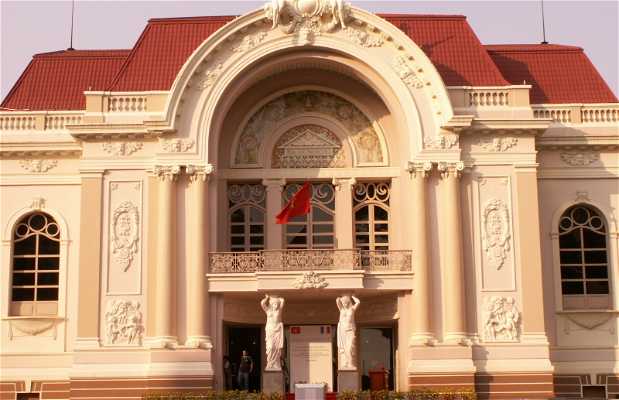 The Municipal Theatre in Ho Chi Minh City, which is popularly known as the Opera House of Saigon or Saigon Opera House, is one of the most iconic buildings in Saigon. It is an opera house which is French colonial in style and was built during the period of French Indochina in 1897. It was built as the official site for performances by the French theater company ve came in order to entertain the legion based in Saigon. It is in Lam Son Square, between two hotels :Caravelle and Continental. In 1998, to mark the 300th anniversary of the founding of Saigon, the municipal government began restoring the facade.