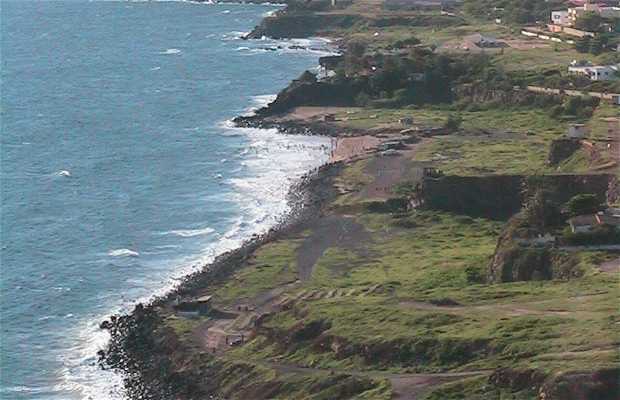 Tip of the Almadies

The tip of the Amaldies is the most westerly point of Africa, located near the city of Dakar, in Senegal, on the peninsula of Cape Verde. The archipelago is about 600 km from there, but the peninsula points toward the islands. The "mamelles", two small hills about 100m high, are the highest points in the area and you can climb to the top for a view of the ocean, the beach, a little bit of Dakar, and to see the lighthouse on the western continent. The cliff falls brutally to the sea and is known as the "highway of Almadies", a carpet of rocks in front of the cliff. The beacon sends a message to warn the ships crossing the area to beware, but many are buried there.