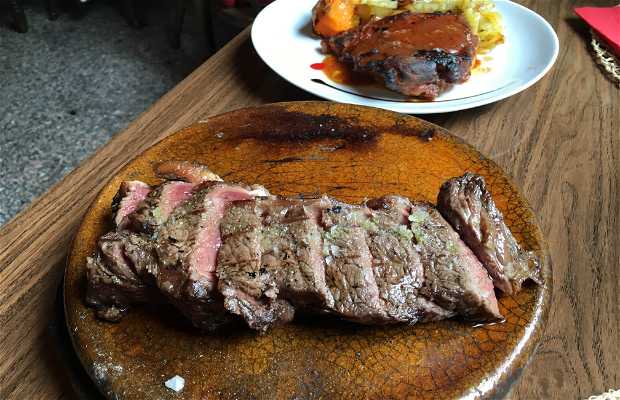 Terrible service, afraid they would spit in our food!

I don´t know how your food will be, But the service is terrible! You are going to have to judge yourselves. We asked for table for 10: there were 7 adults and 3 children. They were unable to put together a table for so many people, saying that maximum was 8. We were satisfied and suggested putting children at the table next to us, as it was the nearest to us and allowed us to control them as long as it is not disruptive. They did not like that and put the kids farther away. Before sitting the waiter told us that the hamburgers were served on the bottom level of the establishment (my very police mother replied that we came to eat)!! We could not understand why they didn´t want to put the kids table by us so we asked again.