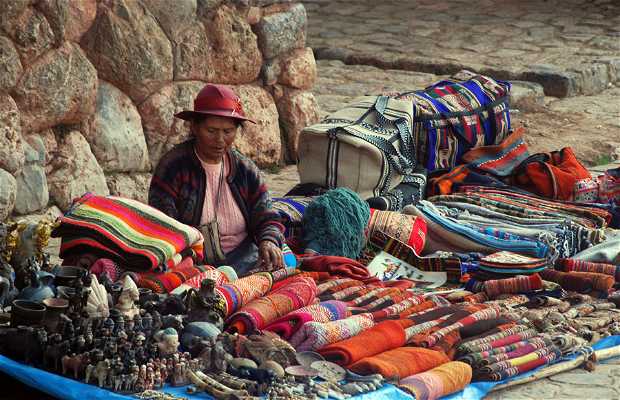 On January, 1 we decided to go to Chinchero, which is what we know as the Sacred Valley, we took a local combi for 4 soles (less than $2). As we arrived we realized that there was a party atmosphere but instead we went to the ruins, they were perhaps not as impressive as others we saw, but the nature and breathtaking scenery were, really long walks were inviting - despite the drizzle that at times became steady rain. Importantly, many of the Inca agricultural terraces were currently being cultivated. In the late afternoon we saw many people gathered outside the church attached to the ruins, they made a circle of women and men, in the center was the sacred coca leaf, many cases of beer passed from mouth to mouth and in the middle a giant bucket.

Chinchero is situated 28 kilometers from Cusco, surrounded by the peaks of El Chichon and Veronica. It is a town where stone is king. It is one of the few places that visibly retains the Inca urban design. In its square you can still see the stone walls with trapezoidal niches, in the square they hold the traditional Sunday market, in which barter or exchange is still practised. The church was built using as building materials blocks of limestone walls which belonged to a great palace. It was in the 1960s when they discovered the Inca palace under the Catholic church, it has a wonderful frecos,

Lists and places related to Chinchero