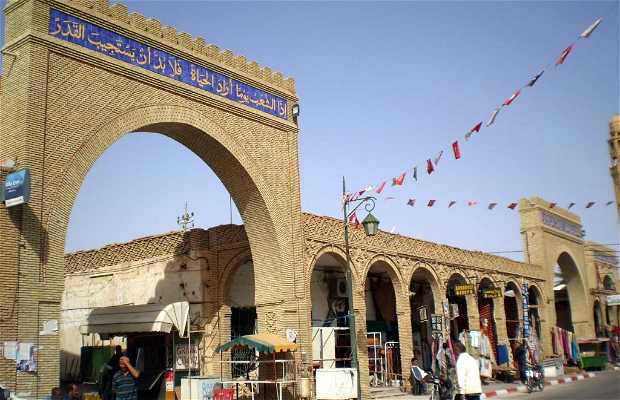 The medina of Tozeur is basically formed by the neighborhood Ouled el-Hadef, the oldest in the city, which has remained virtually unchanged since the 16 century. It is 50 m from Central Market , along Av Kairouan. Built in the 14 century to house the Hadef clan, enriched by the caravan trade. The medina is not very big, a few covered streets and small squares, but it is known for its unique traditional architecture that uses brick projections on the facades of buildings, forming a characteristic geometric decoration.