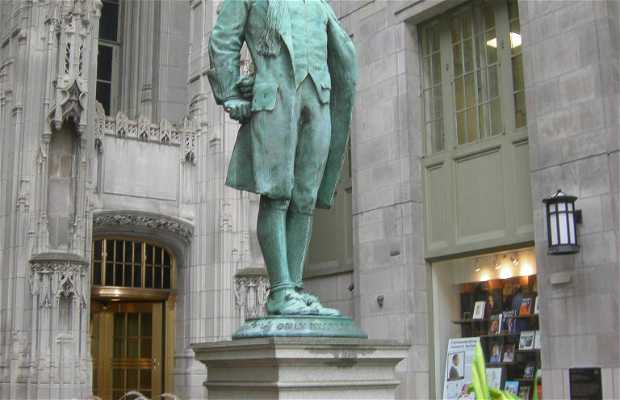 The Tribune Tower, along with the Wrigley Building, stands at the beginning of the most famous avenue in Chicago. They are two of the most famous buildings in the city and, although they have been dwarfed by the skyscrapers that have sprung up around them, they are still popular with tourists. The Tribune Tower has a fascinating history, with its design selected as the winner of a competition organised by the city's leading newspaper, the Chicago Tribune, in the early 20's. The ornate neo-Gothic style was controversial at the time and generated a lot of public debate. One curious fact is that, when the tower was being built, stone was donated from monuments around the world and incorporated into the building's walls.