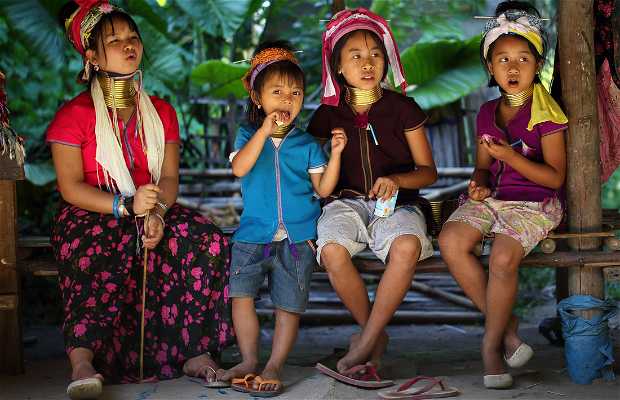 56 photos of The Karen Tribe

8 reviews of The Karen Tribe

These tribes in northern Thailand belong to a fairly large group from the south of Myanmar, Union of Burma, which are not considered ethnic because they differ from each other in terms of language and religion. The group belonging to northern Thailand is not very big, but as a whole they are divided into different countries. Living on the earth, these groups are often displaced by the depletion of the fields after they are prepared by cutting and burning. Supposedly, these groups were trying to be incorporated in Thai culture to prevent their nomadic way of life, whose method of agriculture can be damaging to the environment.

On a visit to Chiang Mai, Thailand I had the privilege of hanging out in a small village and noticed the light that was bouncing up off the ground onto these Long Neck Tribe girls. It really showcases their natural beauty and the colorful outfits that they wear.

Lists and places related to The Karen Tribe

Information about The Karen Tribe