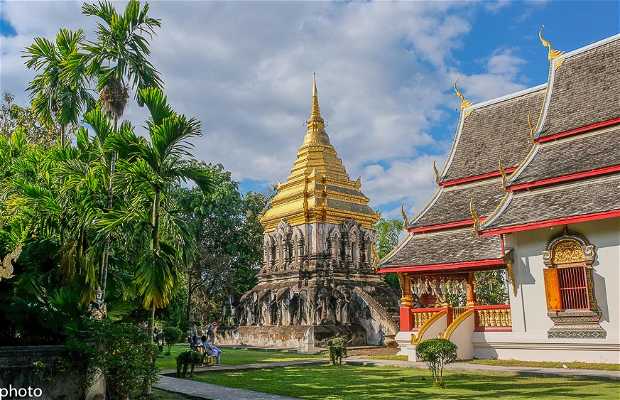 Wat Chiang Man is the oldest temple in Chiang Mai and dates from the 13th century. For a time, it was the residence of King Mengrai, the founder of the city, ve lived here during the city's construction. It has been restored several times during its history and the décor has a distinct Burmese influence. It's notable for the row of stone elephants. Inside, there are two famous images of Buddha, one in marble and the other in crystal. It's located in the old city so it's easy to find.