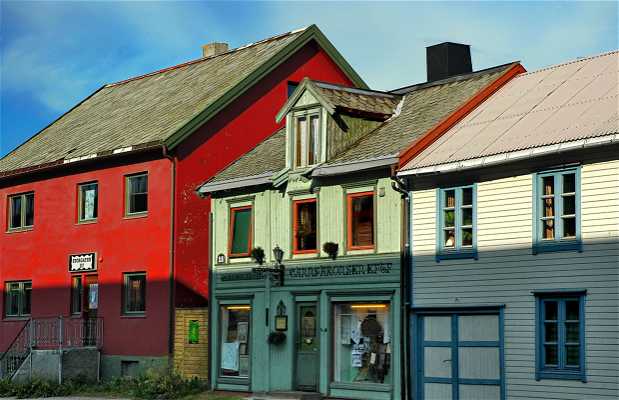 Today Tromsø (once called the "Paris of the North") is a large village inhabited by 60,000+ souls that, despite its rapid growth in recent decades, has preserved almost intact the charm of its historic center of almost entirely different colored wooden houses whose height rarely exceeds 2-3 floors. Located entirely on the island of Tromsøya (connected to the mainland by bridges) downtown Tromso center combines modernist buildings with the aforementioned wooden buildings whose construction date, in some cases, from the late eighteenth century. Despite the fire of 1969 all the guides of the region, say that the historical center of Tromsø has the highest and most notable the concentration of wooden buildings in Scandinavia.

Very cozy and relax. Is a small city so you can enjoy your time here without all the noise of the city. Great place for outside activity, chasing the northern lights or going in the cable car. Highly recommended.

It is a great experience to saw the Aurora in Tromso

Lists and places related to Tromso

Links to Tromso
Hotels near Tromso Streets in Tromso
See something odd?