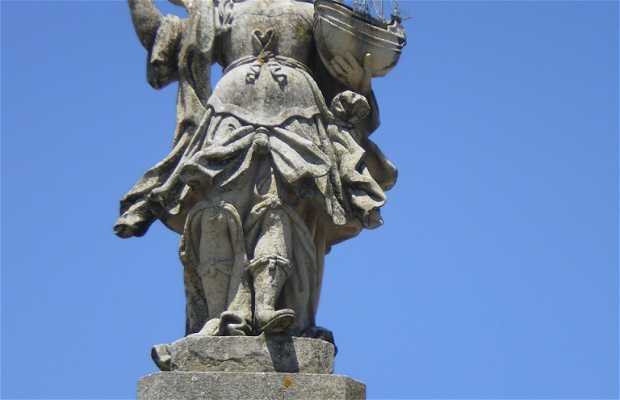 This statue is opposite the marina, in the gardens between the streets Av Marginal and Largo Joao da Costa (where the Book Fair is held). The statue is eighteenth century and carved in stone, on a staircase 4 busts represent the 4 continents, on a pedestal stands a woman, crowned by a castle carrying in her left hand a caravel, a symbol of the seafaring tradition of the city. This was the first monument that was dedicated to the city itself, but in the twentieth century a new version of this statue, which is opposite the Castillo de Santiago da Barra and the commercial and fishing port, was made.