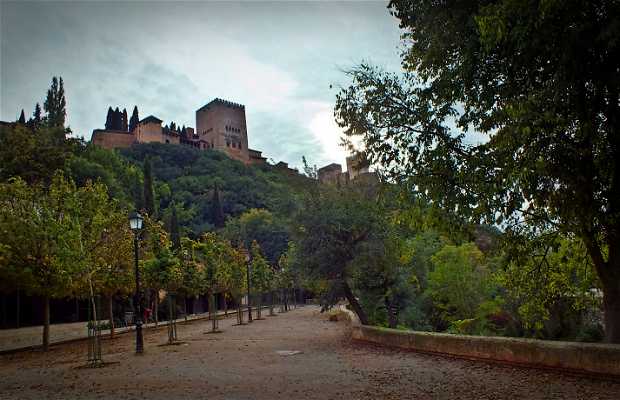 I will never get tired of visting it

It is one of the best walks I’ve ever taken and I will never tire of it. A small cobbled street beside a river (almost dry), with typical ducks and cats, with unmistakable marks that reveal the age of this special place.

The heart of historical Granada

The first time I went to the Paseo de los Tristes I didn't even know that was the name, I was just going to Sacromonte. I didn't even notice this avenue with so much romanticism since my eyes were fixed solely in the direction of my objective. Then I decided to go there. Sometimes to go to Sacromonte, sometimes to Albaicín. Until I realized I wasn't going because it was on my way somewhere, but because I just wanted to walk there.

The Alhambra is the most visited spot in Granada but this walk has something special, it is the heart of historical Granada. On one side the neighbourhood of Albaicín, the origin of the city. On the other side the slope of the Alhambra, pure wooded forest. Half way between both extremes of the Darro river, and next to it the Paseo de los Tristes, open space on the outskirts of the medieval city where the souk and cultural and leisure are celebrated.