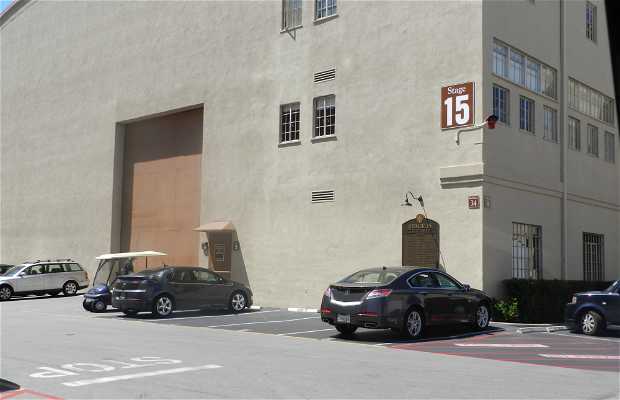 As we are all big movie fans in the family, it was unthinkable to miss out on Warner Bros. Studio while we were in the city of cinema! Before our trip, we looked at the different studios available to visit. We're not rollercoaster-lovers, so we decided to pass on Universal Studios and go to Warner Bros. instead. This was the right choice, and we loved the tour! By coincidence, we were there with another French family. Our guide, Bob, told us he was sorry that he was supposed to give the tour in English, but he spoke a little French after spending 10 months in our country. In the end, he spoke French very well, and thanks to two bilinguals in the group, we were able to help him with some words he wasn't sure about.