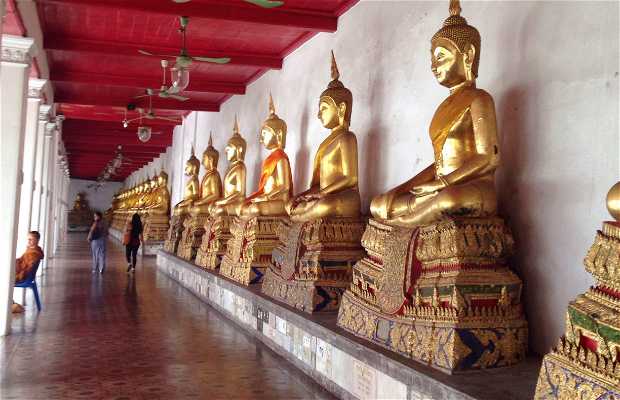 Traimit Wat is the perfect place to observe the devotion of the Thai people towards Buddha. This temple, which has 3 different levels, has a solid gold Buddha sitiated on the top floor and is visited every day by hundreds of devotees offering their prayers and donations to the Buddha. Wat Traimit dates from S. XIII, and the Golden Buddha image is about 900 years old. It is originally from Ayutthaya. When the Burmese invaded the city, it was covered in plaster so they they could hide its value. Two centuries later, still in plaster, is was believed to be worth very little. In 1957, when the picture was being taken to a new temple in Bangkok, it fell from a crane and they found that the statue was made entirely of pure gold.