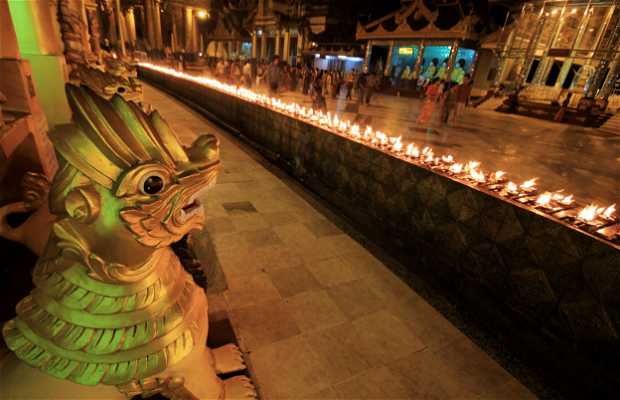 We got here on a steamy night, in the monsoon season. It was my second trip to Southeast Asia, and I found a lot of surprising details. Yangon is not like other cities in the area ... it's not an old city, and became the capital in 1885, when the British completed their conquest in the north of the country and Mandalay, the old capital fell. The streets have old colonial buildings, with moss and mildew. You'll see people eating at any time, and there are night markets where fish and meat are offered in large baskets with candles to light things up, because the electricity goes out every few minutes.

Lists and places related to Yangon

Links to Yangon
Hotels near Yangon Cities in Yangon
See something odd?