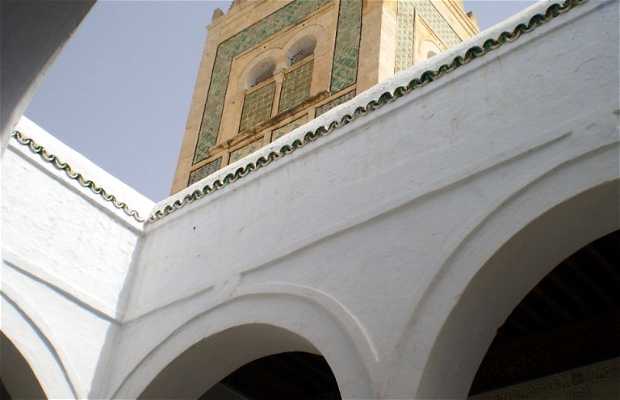 In this zaouia or mausoleum lies the tomb of the famous Abu el-Belaoui Zamaa (Ibn Abi Ubayd Zamaa The Arquam The Balaoui), companion of Muhammad who died in the battlefield 50 km away from Kairouan, before the city was established. Although the original mausoleum dates from the 7th Century, this one is from the 17th Century, around which the Sidi Sahab mosque and a madrassa were constructed. The mausoleum is located in the northwest corner of the yard, and under the dome lies the tomb of Sidi Sahab, splendidly clad in green and white.

+16
Like
Have you been here?
Add your opinion and photos and help other travelers discover