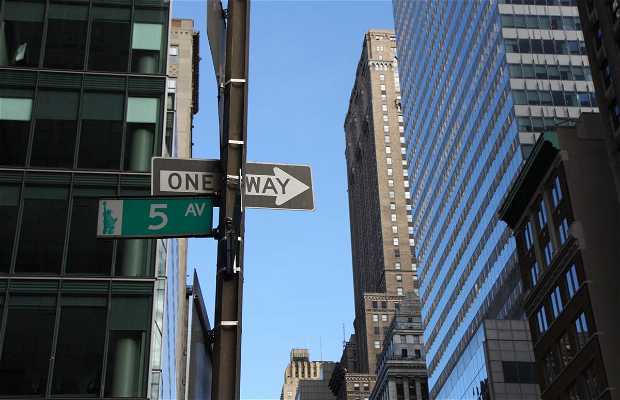 If there is a street in New York worth traversing from start to finish, it's 42nd Street. If 5th Avenue is the quintessential New York Avenue, 42nd Street is undoubtedly the most legendary route in Manhattan. From Hell's Kitchen with its characteristic iron structure of Port Authority Bus Terminal, where you find Circle Line cruises, the Beast, and the Intrepid aircraft carrier museum, turn east onto Times Square, Madame Tussaud's wax museum, and a museum of incredible things. There are also several theaters in the area at the Broadway intersection. After the frenzy of Times Square, reduce speed and dive into Bryant Park, which backs into the New York Public Library. The huge library gives way to an intersection at Fifth Avenue, and to the East is the elegant figure of the Chrysler Building. The powerful Grand Central Terminal structure contrasts with the Chrysler Building, one of the symbols of New York. After you pass these architectural treasures, you will see the Ford Foundation building on 42nd, which gives its name to movies and music, leads to the United Nations Plaza, headquarters of the UN, and home to the recognizable central building. You can find several world renowned hotels in the area, including chains like Marriott, Hilton, and the Grand Hyatt. All photos attached are from this famous street.