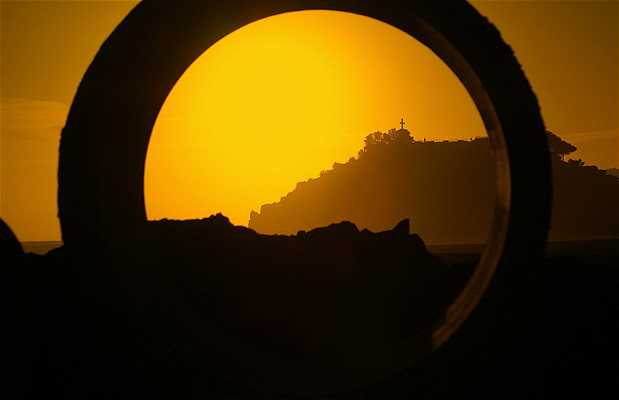 The area under the Almuñecar is currently under construction because of the extensive damage caused by the rain in September 2007. This photo was taken at the source and was conducted through one of the tubes on the construction site. In the background it shows the symbol of Almuñecar, which is a small mountain as well-known as the saint. It's certainly one of the most photographed images of Almuñecar, only this time it's different.

What a nice beach! I loved it! It has a really nice sunset