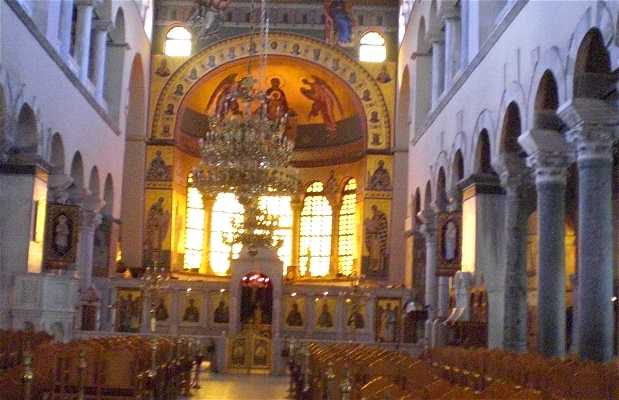 Saint Dimitrios is a Greek Orthodox church and he is the city's patron saint, it was built in 313, but rebuilt in 1948 as fire had destroyed it twice before. The saint who dedicated the church is a IV century Christian martyr, and is now revered as one of the most important Orthodox saints along with St. George. Born in Thessaloniki in 270 he came from a wealthy family, was athletic and heroic and when he was very young joined the Roman army. However, the Roman emperor learned that he was converting people to Christianity so sent to prison and killed him. The church is the largest in the country, is covered in marble and still retains VIII century frescoes and some mosaics from the V to the XII century.

+4
Like
patojo
See original
Like
Have you been here?
Add your opinion and photos and help other travelers discover